OTPA has been standing up for Old Towne for three decades on important preservation and renovation projects impacting our unique historic community. Chapman's proposed expansion will have a significant impact on the Old Towne Orange Historic District.  Scroll down for the latest news:

Like what you're hearing from OTPA?
​Join today - we can use your support!

The Old Towne Preservation Association submitted comments to the City of Orange on January 27 concerning Chapman University’s Specific Plan Amendment #7 now before the City for review.   Next step is the Environmental Impact Study.  Following OTPA’s letter, you will see additional comments from Adam Duberstein of Respect Orange and Brian Lochrie of Chapman’s Neighborhood Advisory Committee.
Click for Letter to City - Jan 27, 2020
December 13, 2019

​Click the link below for an important announcement from Chapman University/City of Orange regarding the review and approval process for its new Specific Plan  Amendments recently submitted to the City.

OTPA is a member of Chapman’s Neighborhood Advisory Committee and we want you to know what we know. There is a Scoping Meeting the evening of January 16 at 6PM at the Woman’s Club of Orange, and public comments are invited now through most of January.

Please read the announcement below, and plan on attending January 16.  This is important to Old Towne since it concerns future enrollment increases on the University’s Old Towne campus.
Download/View Specific Plan Scoping Meeting Info
Proposed Specific Plan Draft - Note: Large Document!
Chapman's Letter to Community - Aug 30, 2015
OTPA's Letter to City - June 11, 2015
While there has not been a lot of news from the recently formed Advisory Committee, a website for the group has been created.​
​We’ll keep you posted on what happens, so stay tuned to the OTPA website!

​Chapman Wants to Add 1,800 Students at Orange Campus Over Next Decade - Article by Danny Langhorne (Click to View) 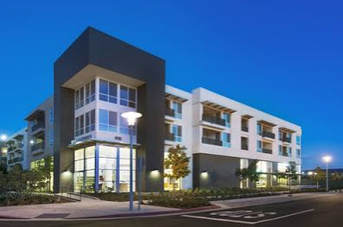 “The Old Towne Preservation Association applauds Chapman University for this extraordinary acquisition adding 900 beds for student housing which will be ready for residents next year.   OTPA has collaborated closely with Chapman over the past three years to encourage major new on-campus housing.  Our interest was to relieve the pressure of student rentals within Old Towne.

"Chapman has responded positively with the recent purchase of the I5 property, the 400-bed Villa Park Packing House project, and plans to replace the aging North Shaffer student residences with new, expanded housing.

"OTPA thanks and congratulates Dr. Struppa and all University management for this major leap forward in providing supervised and secure student residential accommodations.”
December 13, 2016

The Old Towne Preservation Association is delighted with Chapman University’s acquisition of the two-and-a-half acres of unimproved land adjacent to the 5 Freeway, and north of the school’s Panther Village student housing facility on Chapman Avenue.

The property was considered surplus by the City, and put out to bid.  Chapman University offered the highest bid, and the acquisition was approved by the council at its monthly meeting Tuesday evening.

“OTPA thanks Chapman for its quick acquisition of the property.  The more housing the university provides, the less students are forced to rent rooms and apartments in private homes throughout Old Towne,” said Jeff Frankel, OTPA’s preservation chair.   “The neighborhood has witnessed way too much disruption of its quality of life, including late night parties, loud noise, illegal parking, and other violations.

“OTPA has been working with Chapman and the City for more than a year to create as quickly as possible more student housing on university property where students can live in a safe and supervised facility with proper study accommodations,” Frankel said.  “Since creation of the Neighborhood Advisory Committee, we have seen significant progress in solving issues of concern to local residents.  Housing has been a major priority, and tonight’s action helps solve the problem.

“OTPA congratulates Chapman University and the City Council on tonight’s approval of Chapman’s bid to purchase available property which will provide a substantial increase in student housing.” 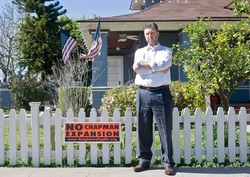 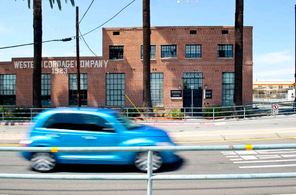 While there has not been a lot of news from the recently formed Advisory Committee, a website for the group has been created.​
​We’ll keep you posted on what happens, so stay tuned to the OTPA website!

At the suggestion of the Old Towne Preservation Association, Chapman University leadership has named a community advisory committee to review school/neighborhood issues. The first meeting will be Thursday, November 5, 2015. Chancellor Daniele Struppa, who will succeed Jim Doti next year as president, will participate along with other senior Chapman officials.

Some members, including OTPA, are on record as opposing Chapman expansion as presented in the university’s SP7 Amendment submitted to the city. The university recently suspended the plan’s consideration, and is now taking several steps to resolve the various issues.

Housing and parking are at the top of the list, as is student behavior throughout the residential district.

"OTPA is optimistic that the university and the advisory group will be able to work collaboratively and successfully to resolve the expansion issues which are impacting the uniqueness and tranquility of Old Towne,” said OTPA president Sandy Quinn, a member of the advisory committee. 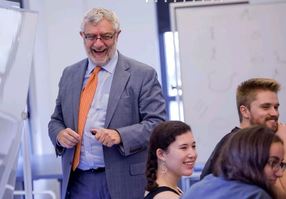 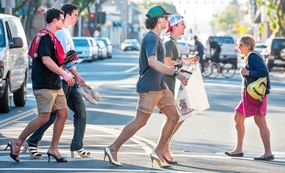 ORANGE, Calif., August 25, 2015 – Following a meeting with Old Towne Preservation Association (OTPA) leaders, Chapman University officials have announced that the University will suspend processing its Specific Plan in order to spend more time working with organizations and neighbors to refine it.  Chapman expects to submit revisions to its plan in 2016 or later.  The University will reach out to Orange City Council, the Mayor of Orange, OTPA, the Orange Barrio Historical Society, the Orange Chamber of Commerce, other interested local groups, and supporters and critics of Chapman to forge a working partnership that will benefit the future of both the City and the University.

Chapman President Jim Doti and Chancellor Daniele Struppa met with OTPA President Sandy Quinn and other members of the OTPA board on Monday, August 24 to listen to their concerns and suggestions. “It was a highly positive meeting,” Doti said. “Chapman University wants to work closely with the city and our neighbors, and we sincerely want to be a good neighbor ourselves. I’ve always felt that when there are challenges, it’s best to meet face to face and talk them out.  This meeting was a great start. Going forward, we welcome more input from our neighbors as we form an ongoing Advisory Committee and work further to mitigate neighbor concerns. “

The initial steps Chapman will take include:

·         Postponement of the formal filing of Chapman’s next Specific Plan Amendment.  Based on advice from community leaders, Chapman will continue its ongoing plans for more on-campus housing (more students living on campus will result in fewer students living in off-campus housing, thus mitigating noise and traffic concerns).

·         Formation of a Neighborhood Advisory Committee that meets regularly and that the University hopes will include members of the Old Towne Preservation Association, the Orange Barrio Historical Society, City Council, the Orange Chamber of Commerce, and outspoken critics as well as supporters of the University, so all views can be heard.

·         Creation of a single University point-of-contact for neighbors to simplify and clarify the process of communicating with the University.

·         In order to share the ideas and results coming from the Advisory Committee as well as other activities, Chapman will enhance its communication with neighbors.  The University will increase the frequency of its “Neighbor-to-Neighbor” newsletter (mailed to all nearby neighbors), and will create a new website focused on neighbor communication.  Use of social media to communicate with and respond to neighbors will also be improved.

“Chapman University has been a proud and contributing member of the Orange community since 1954, and we value our role in the City and the region as an educator, employer and economic driver,” said Doti. “Chapman is committed to partnering with its neighbors and friends to respond to their concerns and to build an ongoing successful relationship.  In the end, we are all in it together.” 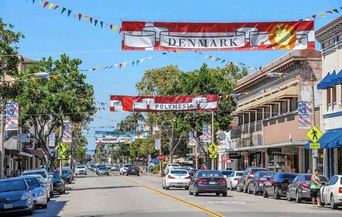 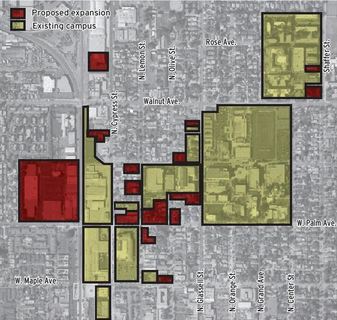 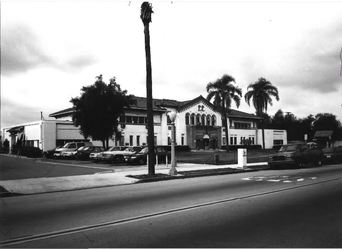 Orange is not alone! Old Towne residents' concern about Chapman University’s expansion plans which will increase enrollment to as many as 11,600 students is echoed in today’s (August 3, 2015) Los Angeles Times. The story points out the increasing community opposition to ambitious expansion by several Southern California private schools located in neighborhood communities. 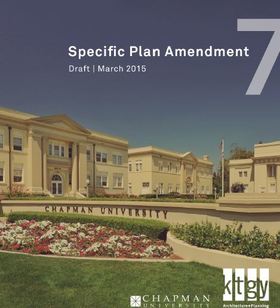 Click to Enlarge
MAY 2015 CHAPMAN UNIVERSITY SPECIFIC PLAN:
OTPA joins a growing number of Old Towne residents in opposing the school’s ambitious plans to increase enrollment from 8,700 to 11,600 students.  The plan will now be addressed in an Environmental Impact Study.

OTPA submitted a four-page letter of comment to the City pointing out the inevitable negative impacts in housing, traffic, parking, over-development, noise, litter, infrastructure, and the erosion of the Old Towne neighborhood by the creation of a dorm atmosphere.